No need to look for any hint or hidden subtext: Defense Ministry spox clarifies remarks of Deputy Chief of General Staff
4293 | 2

Russians are paying up to $27,000 to escape the country on private jets after Putin's partial mobilization, report says
4210 | 0

Sibil Pektorosoglu: I was recording this song on the last days of the war (video)
3092 | 0

''We call on Azerbaijan to return troops to their initial positions''. Ned Price
4031 | 1

U.S. policymakers are considering the sale of U.S. armaments to help Armenia defend itself against relentless Azerbaijani aggression and ethnic-cleansing
5696 | 2

Azerbaijani servicemen sent the photo and video of the killed Armenian soldier to his wife via WhatsApp, published in "Story"
8298 | 0

Blinken: US has a plan in case Russia uses nuclear weapons
2797 | 0

''Unfortunately, there is no positive reaction''. Pashinyan
11072 |

''The salvation of Artsakh should become task number one for the Diaspora''. David Babayan
2871 | 1

09:45, 30.09.2022 / Lragir
Answer of the MFA Spokesperson to the question of "News.am" news agency Recently, during a briefing with journalists, the Foreign …

04:58, 30.09.2022 / Lragir
The "Tatoyan" Foundation Center for Law and Justice has discovered that in Google Map and Google Earth applications, the names …

20:31, 29.09.2022 / 168 hours
The "Tatoyan" Foundation in cooperation with partners is taking measures to remove the fake Azerbaijani versions of the names of a number of communities in Syunik Province of Armenia in the Google Map and Google Earth applications. The first snail breeding farm was established in Armenia

17:34, 28.09.2022 / Aysor.am
The snail farm is on of the beneficiaries of "Agricultutral tourism development program" organized by Acba bank and Nature and Biodiversity Conservation Union (NABU). 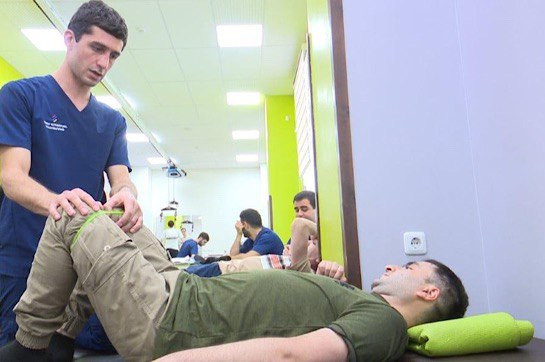 A willpower to live the life re-found. Viva-MTS: the 3-month orthosis program underway

17:10, 26.09.2022 / Aysor.am
Captain Davtyan is a man of immense willpower and is a brilliant example of an unbroken human spirit. He is full of optimism and commitment to succeed against all odds. 15:31, 26.09.2022 / 168 hours
As a result of the cooperation between Acba bank and European Bank for Reconstruction and Development (EBRD) USD 25 million will be directed at the development of Armenia's economy through financing micro, small and medium enterprises, as well as companies led by women. Financing will be provided via Armenian drams or U.S. dollars.

There is no time for stilted words. Serzh Sargsyan

06:17, 21.09.2022 / 168 hours
Unfortunately, as life showed the ultimate challenge, which became a disaster for the Armenian nation, is to tolerate the defeatist rulers, who have seized the power through false promises, who are exhausting wastefully every achievement attained on the road towards the establishment and strengthening of independence and who have put the future of our people and our state in a grave danger. 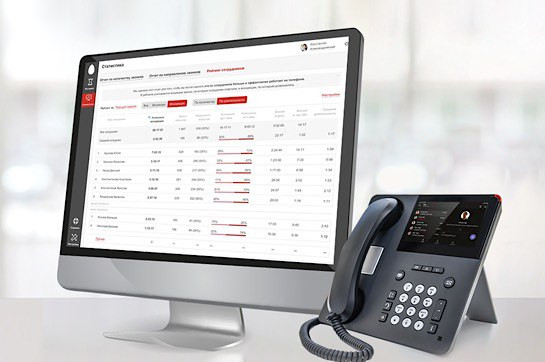 19:23, 20.09.2022 / Aysor.am
The connection of the service is done within one day period, and does not require capital investments. The service fee starts from just AMD 7000 per month.

Pelosi Statement on Conclusion of Congressional Delegation to Yerevan

10:17, 20.09.2022 / 168 hours
"Our Congressional delegation traveled to Armenia, an important front in the battle between democracy and autocracy. Throughout our engagements in Yerevan, the capital, we conveyed a strong message of support for Armenia's democracy and security, particularly following Azerbaijan's offensive against Armenia. Our visit was planned before the September 12th initiation of hostilities.

16:02, 19.09.2022 / Aysor.am
His mother, Lilit Mkhitaryan, assesses the efficacy of the program run in Vanadzor as well as the courses offered in Yerevan.

Statement of the democratic forces of Armenia about the country's sovereignty, civilizational choice, and security environment

06:40, 19.09.2022 / Lragir
We, the democratic political and civil forces of the Republic of Armenia, confirm our loyalty to the sovereignty and democracy …

10:57, 17.09.2022 / Lragir
Photo Hrach Badalyan We, the residents of the Republic of Nagorno-Karabakh, the participants of the nationwide rally taking place on …

The rights of persons with disabilities were violated due to the indiscriminate targeting of the Azerbaijani Armed Forces. HRD

12:47, 16.09.2022 / 168 hours
The night of September 12 to the 13 of September, 2022, the internationally recognized sovereign territory of the Republic of Armenia was subjected to military aggression by Azerbaijan. The Republic of Armenia is actually in a war situation. The armed forces fight to protect the territorial integrity of the state and the inviolability of the borders in an imposed war. With 120 million drams donated by Mikael Vardanyan, the defenders of the homeland will be treated in a new building

10:39, 16.09.2022 / Aysor.am
The necessity of improving the building conditions arose after the 44-day War due to the increase in the number of wounded being treated at the Soldier's Home.

With 120 million drams donated by Mikael Vardanyan, the defenders of the homeland will be treated in a new building

07:14, 16.09.2022 / 168 hours
The rebuilding of the 1st floor of the entrance building's left side at the University Hospital have been completed. The necessity of improving the building conditions arose after the 44-day War due to the increase in the number of wounded being treated at the Soldier's Home.

With the support of Mikayel Vardanyan in the amount of 120 million AMD, soldiers injured in the war will recover in a new building

13:03, 14.09.2022 / 168 hours
In his article, the editor of the German "Neues Deutschland" daily newspaper, Peter Steiniger, criticizes the EU policy of "velvet gloves" towards the aggressor Azerbaijan against the background of a new attack on the sovereign territory of Armenia.

4 civilians wounded, at least 2570 others displaced as a result of Azerbaijani attacks on Armenian towns

11:52, 14.09.2022 / 168 hours
There are 4 confirmed wounded civilians at this moment amid the Azerbaijani attacks on Armenia, the Human Rights Defender's Office said in a statement, adding that it continues its fact-finding mission in the towns and villages that are being attacked by Azerbaijan.

11:00, 14.09.2022 / 168 hours
Iranian Foreign Minister Hossein Amirabdollahian spoke about the tensions on the Armenian-Azerbaijani border, emphasizing the need to restore peace in the region, IRNA reports.

Armenia should apply to the International Criminal Court. Arman Tatoyan

09:53, 14.09.2022 / 168 hours
Armenia should apply to the International Criminal Court, and do so by recognizing the court's jurisdiction. It should be done immediately given the atrocious conditions of the current aggression and mass crimes by Azerbaijan against Armenia.
More...

No need to look for any hint or hidden subtext: Defense Ministry spox clarifies remarks of Deputy Chief of General Staff
4293 | 2

''Unfortunately, there is no positive reaction''. Pashinyan
11063 |

Azerbaijani servicemen sent the photo and video of the killed Armenian soldier to his wife via WhatsApp, published in "Story"
8285 | 0

U.S. policymakers are considering the sale of U.S. armaments to help Armenia defend itself against relentless Azerbaijani aggression and ethnic-cleansing
5683 | 2